I support the referendum held in North Kosovo on February 14 and 15, 2012. Like almost every significant issue in Serbia, this problem have divided Serbians into ProRefs and ConRefs. It really bothers me that both sides have the wrong, populist, incentives for attacking or defending the referendum. I am always trying to be as objective as possible, so I will analyse arguments of both sides, and then present my own opinion.

First, Serbians that are supporting the referendum. Their arguments are that this referendum will show the international community that North Kosovo can never be a part of Republic of Kosovo, and that will send a message to the Serbian Government that people of North Kosovo do not support the way the government is negotiating with Republic of Kosovo ( so called Belgrade-Pristina negotiations ). Opposition parties are supporting the referendum, and being accused for organizing it. Although they have been attacked that they are directly undermining the EU accession process because referendum threatens the EU candidacy status that we are expecting this March, they were rather silent in their apology, saying that they have nothing to do with the organization of referendum, and it’s people’s right to have a referendum. Opposition parties thinks that they are gaining political points for being associated with the referendum, and that is pure populism. I think that they are not so responsible for that, and I will explain that later. There is a growing number of voters in Serbia that are against joining the EU, so that story about referendum relevance for the EU candidacy status will actually influence on their voting preferences. Also, same group of people really thinks that the opposition parties care about „bringing back Kosovo“. Populism, pure demagogy.

The other side in Serbia that is against referendum, and being represented with ruling parties, has many arguments against referendum. First, it is not constitutional (according the Serbian Constitution from 2006.). And they are right, it is not. But who cares about Constitution in Serbia? Serbian government and President of Serbia broke the Constitution so many times that is becoming absurd to talk about respecting the Constitution of Serbia. At his point, it is important to underline that people of North Kosovo doesn’t care about Constitution of Serbia, and I will return to this issue later. The other strong argument in Con category is about EU candidacy status. This is the most dangerous argument in Serbian political arena. It is absolute fake, and it produces only „bad blood“. Cause EU candidacy status doesn’t depend on this but on several other things. First, we are „unfinished“ state, so not eligible to join EU family, especially after Cyprus case. Second, our reforms are disaster, and we have failed in many things – judicial reform is a mockery, corruption is in every micro-system of our society, IMF „frozen“ our economy cause Serbia cannot control the budget and debt, and our production is zero. We are closer to communism than capitalism, and you can see that with one look on our yearly budget. Above all, this is partocracy, not democracy. EU has only been pushing us, artificially. It’s a miracle that we have came this far. Third, and maybe the most important, is internal situation in EU. With this huge problems inside the Union, it is really unlikely that EU will make further steps in EU enlargement process. We have to bear in mind EU political elite’s status, and that they have to fight for political points as well. Now, the ruling parties are spinning the public opinion and spreading hatred towards people from North Kosovo. This is the greatest disaster. Serbian people is starting to hate Serbian people of North Kosovo, because „they are responsible“ „we are hostages of 100 thousand people“ etc. That is disgusting!! And that is something that worries me. In order to gain political points, they will accuse northern Kosovo Serbians for Governments’ failures. Disgusting!

My opinion on this issue is that I support the referendum cause I think that northern Kosovo Serbians anticipated future behavior of Serbian Government. I think that our Government is ready to gave up of North Kosovo. I really think that our Government is ready to do that. When I say our Gov, I don’t think of just the current one. I think that next Gov will do that also. In that situation, they can’t feel as a part of Serbia, so I understand why are they „breaking“ the Constitution. Obviously, it’s not their Constitution. They really don’t wanna live with Albanians in Kosovo, and we can’t blame them for that. That’s their choice, and all men should have the right to choose. So, this is their effort to protect themselves. I don’t say that it is the efficient way, and I am not sure about the effectiveness of the Referendum. But sure, once when the question is raised, they will have the proof that people’s will is not to be a part of Republic of Kosovo. At least. They don’t count on Serbia any more. That’s the main issue here. And even if several opposition parties from Belgrade has co-organized the referendum, I don’t believe that they had any influence in the decision whether to organize it or not. They are only looking for political points in Belgrade. People of Northern Kosovo doesn’t count on Serbia any more. Whether they admit that or not. 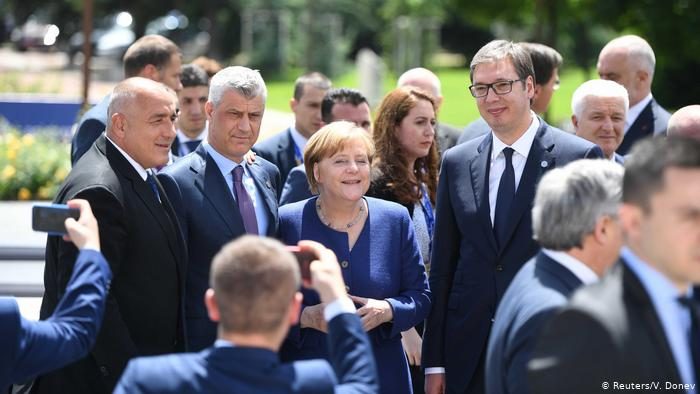 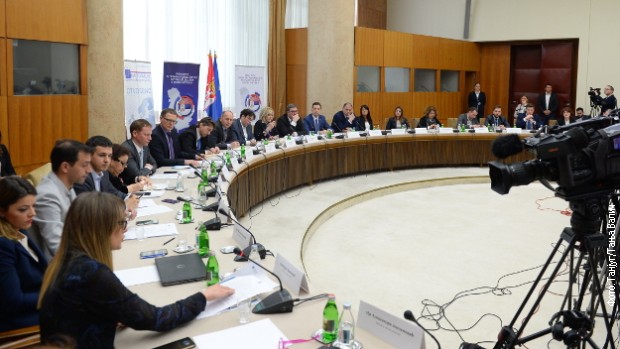